We ain't rebuilding anymore. But we need a little more to take the next step.
Post Reply
4 posts • Page 1 of 1

An L 53-61
Had a 14 pt lead vs a mediocre team then lost by 8. You limit Buhr you cap our O. We still shoot poorly from everywhere FTs included. GG got some minutes.

Lehigh lost that game at the foul line where they were 11 for 23. That's not a good high school line. I hope they snap out of it Wednesday night
Top 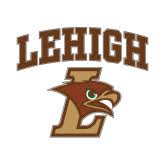 It's great that we have a deep bench, but I wonder if all the combinations conflict with being a cohesive offense? do we sub in just to keep everybody busy or is there some strategy involved
Top

Agreed with both comments. I was at the game in Pardville, and it was an amazing turn around or 'turn down'. We almost ran the 'pards out of their own building the first 15 minutes, and then, it was as if they took their foot off the gas. ONce you lose your focus, it is hard to get it back. This was seen at the foul line especially. Some of the most horrendous free throw shooting I've seen in recent memory. It 'seemed' worse than 11/23 because, I think, in the first half we were about 6/8, so that means 5/15 the rest of the way. While I think it's good to get a lot of people in the game, there might be a point to consider about creating some cohesion--although it appeared that a lot of the substitutions were occurring with 'groupings of three', so maybe there wasn't so much unfamiliarity among personnel as we may think. Regardless, this team needs to do some self-analysis as to what they are. They are good enough to win the league, but do they want it?
Top
Post Reply
4 posts • Page 1 of 1